In September 2020, a TONtoken coin from the Chinese TON Community appeared on cryptocurrency exchanges. This developer actively criticized in their communities competitors’ blockchains – Free TON and TON Foundation. The TON Whitepaper, compiled by Nikolai Durov for Telegram, has been posted on toncommunity.org. Among the community participants is the Chinese team tonbus.com. The token had a capitalization of almost $12 million (400 million tokens at 3 cents).

In their promo the developers exploited the Telegram brand and promise to make a DeFi-service (DeFi – “decentralized finance”) “for 400 million Telegram users through the development of decentralized cryptocurrencies, including stable, and other products.” Now only a testnet is working, and the token was not issued in it, but in the Ethereum network.

Having reached the rate of 10 cents at the beginning of trading, Chinese TONtoken is now worth less than 3 cents. Based on the community repository on Github, development is almost suspended at the moment. 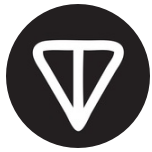